All About The World Food Prize And 2020s Indian-American Winner – Dr. Rattan Lal 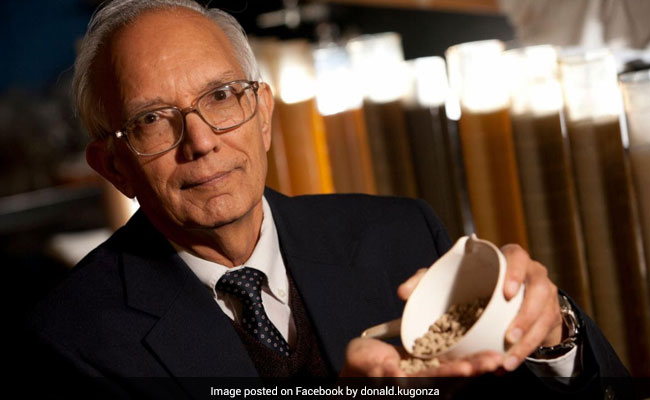 Dr. Rattan Lal was born and brought up in India.

The World Food Prize is an International award founded in the year 1986 by Nobel Peace Prize winner Norman Borlaug. The award aims to recognise achievements in the field of food production. Any innovation which is intended to inspire sustainability and increase the quality, quantity and availability of food available to humankind is deemed fit for the prize. The official website states that the World Food Prize is awarded to, “A specific, exceptionally significant, individual achievement that advances human development with a demonstrable increase in the quantity, quality, availability of, or access to food through creative interventions.” The year 2020 has borne witness to the $250,000 prize being awarded to Dr. Rattan Lal, a scientist born and brought up in India and currently a citizen of the United States.

Dr. Lal is a professor of Soil Sciences at the Ohio State University. He completed his PhD in soils in the year 1968 from the same university. Prior to that, Dr. Rattan Lal was in India for M. Sc from the Indian Agricultural Research Institute as well as his B. Sc. in agriculture from Punjab Agricultural University (PAU). Interestingly, Lal is the second alumni from PAU to receive the honour of the World Food Prize after Dr. Gurdev Singh Khush in 1996. Other Indian luminaries to have previously received the award include Dr. Verghese Kurien in 1989, who is known as the man behind India’s milk revolution; and the developer of high-yielding variety seeds (HYV) of rice and wheat, M. S. Swaminathan, in 1987.

It is indeed commendable that Dr. Rattan Lal’s five decades of work have been recognised in the World Food Prize, otherwise known as the ‘Nobel Prize in Agriculture’. Dr. Lal’s work is all about developing a soil-centric approach to increase food production while conserving natural resources and combatting evils such as climate change. “Soils of the world must be part of any agenda to address climate change, as well as food and water security,” believes Lal. According to reports, Dr Lal’s models indicate that restoring soil health can lead to multiple benefits by the year 2100. These models can more than double the global annual grain yield to feed the growing world population, while decreasing the land area under grain cultivation by 30 percent and decreasing total fertiliser use by half.

We hope to see many more such Indians making a global impact in future and doing the country proud. Eradication of hunger while tackling climate change is the need of the hour. To quote Dr. Rattan Lal – “As long as you are consuming the natural resources – food, water, elements – coming from the soil, you owe it to soil to put something back, to give something back, whatever you can.”