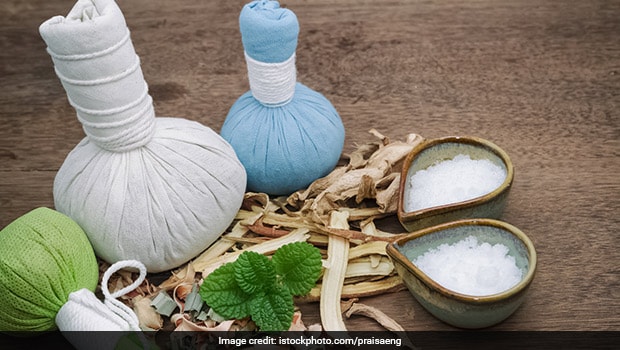 Thomas Stevens, a British Jesuit, was among the first British missionaries who arrived in India (in 1579). He eventually spent 40 years in Western India. His documented letters to his father offer interesting vignettes about what he called the ‘goods of India’. One of those letters mentions camphor as a commonly used food ingredient back then in India and that most of the camphor consumed in India came from China. Interestingly, one of the first known recipes for ice-cream dating to the Tang dynasty (that lorded over China between 618 and 907 AD) includes camphor as an ingredient. Stevens also mentions in the letter that the best camphor could be traced back to the Indonesian island of Borneo. It’s why it should come as no surprise that the modern chemical version of camphor – Iso-Borneol flakes takes its name from the island.

Karpooram in Tamil (Karpooora in Kannada) or Kapoor in Hindi, camphor has not just been an essential item in religious rituals but also a flavouring agent across India. In South India, this ingredient adds an interesting edge to two of my favourite sweets – ladoo and sweet Pongal. Many classic recipes also include camphor as a flavouring agent in South Indian payasams (kheers). I ended up chatting about edible camphor with Chef G Muthu Kumar, the Executive Chef of Novotel Ibis Chennai OMR, during my last visit to the hotel a few months ago. He is passionate about heirloom recipes from Tamil Nadu and the rest of South India. He believes that camphor was also incorporated into dishes for its curative properties that include fighting indigestion and fatigue. Other health benefits include improving circulation and encouraging relaxation.

Edible camphor is not to be confused with the camphor that is used for religious ceremonies. Traditionally, camphor was extracted from the wood of the camphor laurel (Cinnamomum camphora), an evergreen tree found in East Asia. Camphor is also produced synthetically from the oil of turpentine. Grand Sweets, one of Chennai’s popular sweet shops, is well known for their traditional South Indian style ladoo. This ladoo is flavoured with a hint of spices that include cloves, cardamom and camphor that offset the sweet flavour. Chef G Muthu Kumar’s recipe (see recipe below) uses camphor. You can try this recipe at home. Most grocery stores and supermarkets stock edible camphor and its important you use the right ingredient. Most shops in Tamil Nadu refer to edible camphor as pachai (fresh) karpooram to distinguish it from the version used in poojas.

Disclaimer: The opinions expressed within this article are the personal opinions of the author. NDTV is not responsible for the accuracy, completeness, suitability, or validity of any information on this article. All information is provided on an as-is basis. The information, facts or opinions appearing in the article do not reflect the views of NDTV and NDTV does not assume any responsibility or liability for the same.