Jimmy Fallons Frozen-Themed Pancake For Kids Left The Internet In Splits; Does It Look Like Elsa? 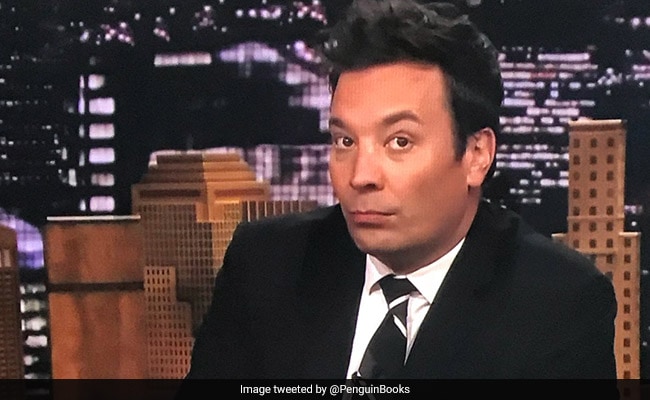 Jimmy Fallon tried his hand at making pancakes for his daughters.

The ‘Tonight Show’ host Jimmy Fallon had made us laugh for years on his late night talk show. His impeccable dialogue delivery, acting skills and comic timing has impressed us all, but his cooking skills – not so much. Nevertheless, the actor-comedian-host still managed to do what he does best – amuse us. Recently, Jimmy Fallon tried his hand at making pancakes for his daughters and his failed attempt sent internet into a laughing frenzy. He sure knows how to tickle a funny bone, on set and off it.

Celebrity host Jimmy Fallon decided to make pancakes resembling ‘Elsa‘, the famous animated character from the fantasy movie Frozen. Jimmy used chocolate chips for Elsa’s eyes and blue jam/jelly to make a smiling mouth and body. After realizing that the pancake did not quite turn out what he set out to make, he posted a picture on his Instagram account and wrote – “Be honest, does this look like Elsa? My apologies to @idinamenzel.”

Take a look at Jimmy Fallon’s pancake and decide for yourself if this looks like Elsa.

(Also Read: Twitter Thread With Rihanna As Indian Food Has Struck Gold On The Internet)

Jimmy Fallon tagged actor Idina Menzel who lent her voice to the iconic ‘Elsa‘ character and song ‘Let It Go’. He also tagged his counterpart Jimmy Kimmel who is now a pro at making pancakes resembling cartoon characters like Peppa Pig and Snoopy.

Impressing kids with artistic breakfast pancakes has become sort of a trend now. Hollywood actor Ashton Kutcher too attempted to make a pancake depicting a character from show ‘Paw Patrol’ for his daughter. Take a look –