Masala Omelette Pav: How To Make This Popular Street Food Of Mumbai 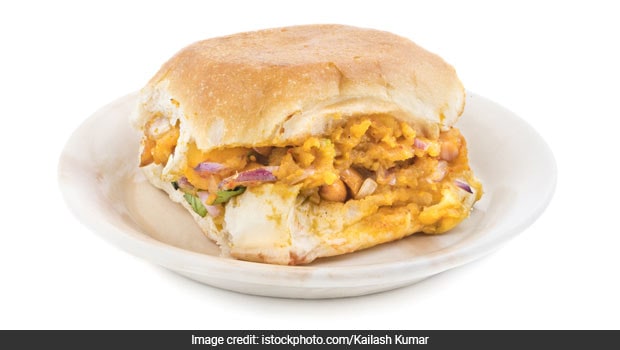 ‘Adda’ (informal chat) over the street foods of Mumbai is never complete without a special mention to its range of pav-based dishes. From vada pav to pav bhaji to bhaji pav – the list goes really long! Although these foods are considered staple for the Mumbaikars, the popularity goes beyond the city. The best part about these street-foods are – they are fuss-free and can be made easily at home. Hence, we bring you a popular pav-based recipe from the streets of Mumbai that can be a quick go-to snack to satiate your weird time hunger pangs – masala omelette pav.

Salt- as per taste

Slit the ladi pavs and keep aside. Instead of buying, you can also make the pavs at home. Click here for the recipe.

Finely chop all the veggies and keep in a mixing bowl.

Break the two eggs in the same bowl and whisk.

Heat oil in a tawa and put the mixture on it. Spread it well and fry an omelette.

On one side of the tawa put the butter, sprinkle the rest of the garam masala and toast the slited pav.

All you need to do now is, tactfully place the yummy omelette in between the pav; and your masala omelette pav is ready to relish.

You can also add some coriander chutney and the fiery vada pav chutney in it. Click here for the recipe of vada pav chuntey powder.

You may also give a cheesy twist to the omelette pav by adding a slice of cheese on the omelette.

Try it at home and let us know how you liked it in the comments section below. Bon appetit!