Memories of Mom, if not exact recipes, shine through in woman’s Korean food classes and pop-ups 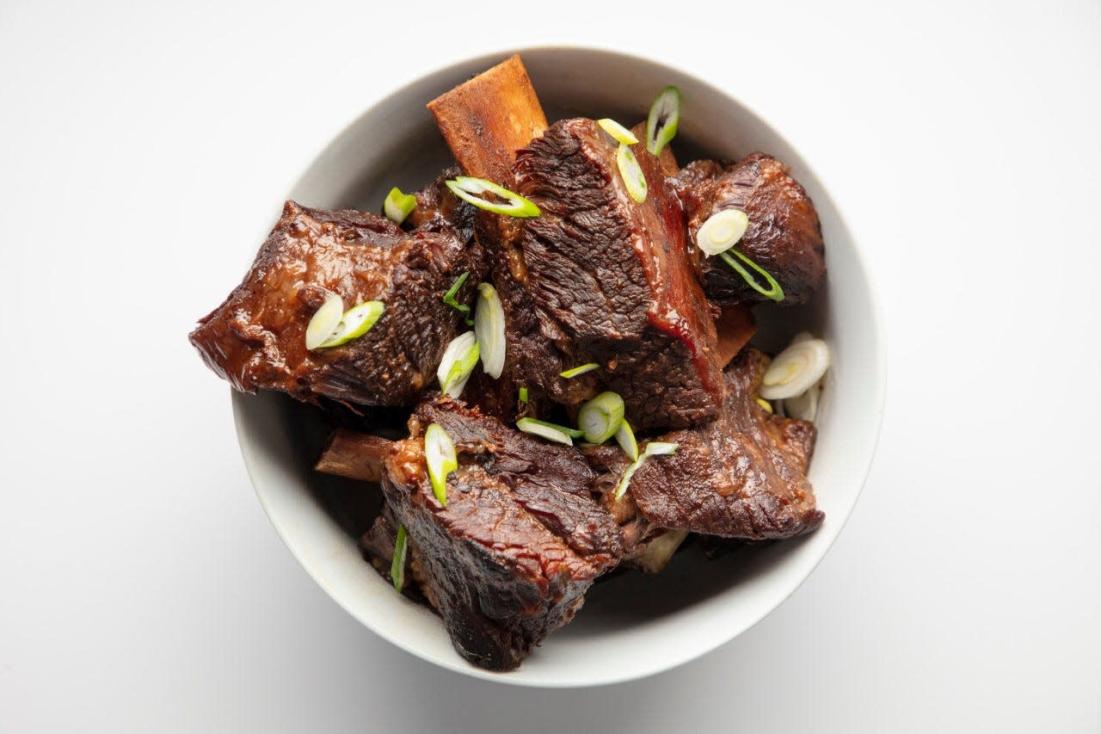 Jenny Lee’s kitchen will always have soy sauce, garlic and ginger. The building blocks of her Korean cooking, these were also the main ingredients in the first recipe her mother taught her when she moved away from home in La Crosse.

While working as a journalist in upstate New York, Lee started a food blog. Eventually, she shifted gears, went to culinary school and started working in restaurants. She gained experience with Jean-Georges Vongerichten and Tom Colicchio, and in Milwaukee with Sanford’s Justin Aprahamian.

When she became a mom herself, her cooking took a new direction. In 2019, she founded Perilla Kitchen, teaching Korean cooking and doing pop-ups in the Milwaukee area. Currently, her classes through local recreation departments are scheduled at Nicolet High School in May and June, and at Franklin’s Forest Park Middle School in June, July and August.

I was living in upstate New York and started a food blog while I was a news reporter. … I was always thinking about food and what I would cook.

My husband was working as a paralegal in New York City. One day he said, “Why don’t you just go to culinary school?” Really? It would be a pay cut. He was so supportive. “You talk about food all the time. Just do it.” … I went to International Culinary Center, at the time called French Culinary Institute. … They had a good internship program. I ended up at Roberta’s in Brooklyn. I was totally green. I was super slow, the kitchen was small. …

I ended up getting a test kitchen internship at Saveur magazine, working totally free. … I thought I still really need to learn my craft. I have to work in restaurants. The first job I did was at The Mark Restaurant by Jean-Georges. … I did that for a year, then moved to Colicchio & Sons, with Tom Colicchio.

I learned so much. Jean-Georges Vongerichten, his kitchen was exact. Every station had a master binder full of recipes and everything was by weight.

I was born and raised in La Crosse. My husband applied for law school and ended up at Marquette University. We moved back in 2013. … Dan Jacobs (when he was) at Wolf Peach, I owe him a lot. I did a stage there. ….At the end, Dan said I wish I could hire you, but I just hired somebody else.

I was sitting at my computer days later. He’d e-mailed. “Hey, I ran into Justin Aprahamian of Sanford, he’s looking for a cook. Do you mind if I send your information?” I worked with Justin from 2013 to 2016, when I got pregnant.

Justin’s always been a mentor. He’s one of the most calm, cool people I know. Sanford is very meticulous. My New York training, when I went to Sanford, it felt familiar with that high level of standard. In 2014 he won the James Beard award for Best Chef Midwest. He held the medal in front of me and said “You were part of that.”

Growing up, my mother was a stay-at-home mom. She cooked every day for us. My main role as a kid was to do well in school. I wasn’t exactly in the kitchen with my mother. I’d occasionally help her make dumplings and gimbap.

When I got to college, I asked her to teach me the basic marinade for meat, and in my college dorm room she showed me. One cup of soy sauce to one cup sugar, add garlic and ginger, use that to marinate your meat. That was the foundation …

As time went by, I just got a lot of Korean cookbooks myself and cooked. I used the memory of my mother’s cooking.

My mother died in 2012, while I was still in New York City. I had to fly back to La Crosse. She was already in a medical coma. I managed to fly back in time to say goodbye. That’s why I taught myself Korean cooking away from my mother …

I always make the seasoned spinach, because that was always on the table when I grew up. Seasoned spinach is basically blanched spinach, squeeze out all the water and add soy sauce, garlic and sesame oil.

I remember my mom’s oxtail soup and how you would sink your teeth into the meat. It would be fall off the bone, so tender. When I started making the oxtail soup on my own I thought OK, this will be just like Mom’s. No. Same thing with kimchi. I emailed her and said can you tell me your recipe? It was just a list of ingredients. I now make my kimchi completely different from her.

As a kid I would watch my mother. She did quick kimchi, cut the cabbage into 2-inch pieces, salt it and do it by feel, let it sit overnight. In the morning it would be wilted and she would rinse. It was perfect, tasted so fresh. When I tried to use her email recipe it was horrible. OK, she doesn’t know how much salt she uses.

I buy every Korean cookbook. This is my advice for anyone who has parents who don’t measure their wonderful recipes. I would just try out the different kimchi from various cookbooks. From there, I knew my mother preferred to use salted fermented shrimp as opposed to anchovy sauce. I would find a recipe that was similar and tweak it. I’d record what I changed.

I keep my set recipes in a word file on my computer. I have it ready for my son.

After I had my kid in 2016 I joined a mom’s group. I would sign up for meal trains and make meals for families. It was so gratifying. I was doing it so much I was getting a reputation …

I decided to do a small pop-up dinner. … It was a success. OK, I’m going to call whatever this thing is Perilla Kitchen. That was 2019.

I did a pop-up dinner at Amilinda. Greg Leon was fantastic. It sold out. It was a high. Then the pandemic hit …

The thing about Perilla Kitchen, I have Instagram and Facebook. People are trying to get in touch with their Korean culture, or it is someone just really interested in Korean culture. It created a sense of community.

I was 13 on my first visit to Korea. I went with my mother to Seoul to visit my grandparents. I really remember the food.

My grandmother lived in a condo outside of Seoul. Downstairs there was a grocery. I don’t speak fluent Korean. I am working on learning. I love kimbap. I loved the fact that they’d lay it out on a Styrofoam plate and wrap it and it would look so pretty, this perfect bite. I’d practice my Korean so carefully so I could get that. Kimbap has a special place in my heart.

I picked the name Perilla Kitchen because my mother always grew perilla on the back stoop. She would just preserve it in soy sauce. I love it with rice. Now, I grow perilla in my backyard. My dad finally gave me her pot of perilla. It is hibernating right now. It won’t bloom until July. The name Perilla Kitchen is a symbol of who I am and where I come from, and the care my mother put into making Korean food.

For additional information on classes and events, go to perillakitchen.com.

Fork. Spoon. Life. explores the everyday relationship that local notables (within the food community and without) have with food. To suggest future personalities to profile, email [email protected]

More from Fork. Spoon. Life.: How a girl’s 4-H project grew into Two Guernsey Girls Creamery, a microdairy in Freedom

Sign up for our Dish newsletter to get food and dining news delivered to your inbox.

Our subscribers make this reporting possible. Please consider supporting local journalism by subscribing to the Journal Sentinel at jsonline.com/deal.

DOWNLOAD THE APP: Get the latest news, sports and more