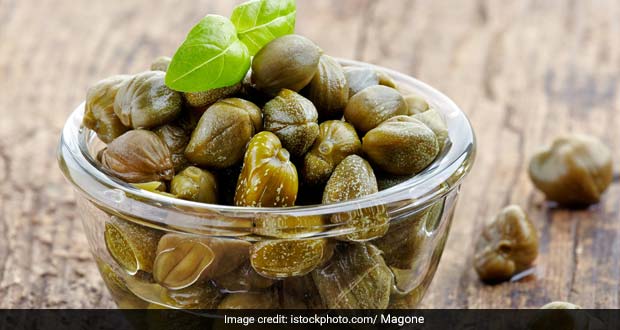 If you are a fan of Mediterranean or Italian cuisine, then pickled capers must not be new to you! Also called kabra in Hindi and kabur in Marathi, caper is an edible flower bud from Capparius spinosa plant. What makes this seed special is its rich aroma and intense flavour, which is often associated with the flavour of black pepper or mustard seeds! Pickled capers are mainly used for garnishing or seasoning purposes in various dishes including salads and pizzas. Alongside their flavoursome culinary usages, pickled caper buds are a good source of sodium, vitamin K, iron, antioxidants etc. They are also known to have several health benefits including boosting liver health.

Adding a feather to the cap, a recent study has found that eating pickled capers may also help to boost brain and heart health. The findings of the study were published in the journal ‘Communications Biology’.

A research team from the University of California, Irvine School of Medicine, found that a compound named quercetin can have the ability to directly regulate proteins required for different human brain and heart activities. This compound is commonly found in pickled capers. The researchers further stated that this compound may also lead to future therapies for treating epilepsy and abnormal heart rhythms.

It was found that quercetin can have positive effect on human health and different health-related issues like diabetes, cardiac arrhythmia and epilepsy.

As per a report in UCI School Of Medicine, “Capers have traditionally been used as folk medicine for hundreds if not thousands of years and are in current use for their potential anti-cancer, anti-diabetic and anti-inflammatory properties, and their possible circulatory and gastrointestinal benefits.”