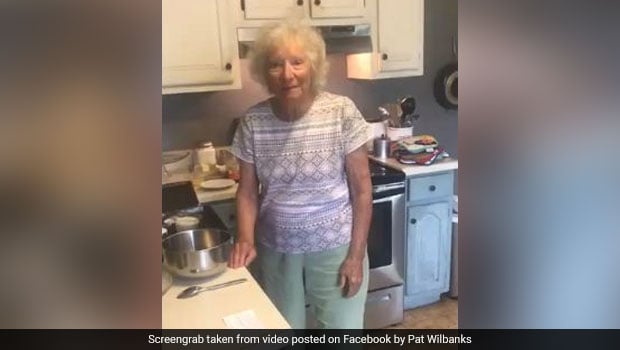 Food has its own pedigree, with age-old recipes handed down generation after generation. We saw our mothers swearing by their mothers’ recipes and we do the same. So, when a lady in Georgia decided to make homemade biscuits but wanted nothing else than her grandmother’s recipe, she sought help of her grandmother’s friend – a 77 year old woman, Patsy Wilbanks – who had the recipe in a handwritten note to avoid jogging her memory. Patsy decided to make a tutorial video to help her friend’s granddaughter, while her own grandson shot it and also posted on Facebook for others to learn. And then, the inevitable happened – the video went viral!

The recipe was titled ‘Mama’s biscuits’ and we are just assuming it was handed down to Patsy by her own mother. The three-part video tutorial for making 8 kinds of biscuits with flour, Crisco, buttermilk and melted butter, gives a time-tested recipe to make classic homemade biscuits. After baking the biscuits, Patsy also tested her fresh, out-of-the-oven biscuit while joking -“Let’s test them out. Oh, I forgot you can’t eat it, I will!”

One grateful user wrote – Thanks for sharing this! Ms. Wilbanks. I got out of the habit of making biscuits from scratch along time ago. Too much life LOL. You made them just like my Momma did & I had forgotten how. Thank you for refreshing my memory & I will be watching for more Videos from you for the things I forgot how to make.”

Another user went ahead and tried the recipe and also posted a picture of the biscuits, and wrote – Thank you so much for this lovely recipe! I had fun making them for my fiance this morning!”

Many such comments of appreciation poured in and even we can’t wait to try this biscuit recipe at home.