Did You Know Your Child May Help Improve Your Eating Habits? Heres How 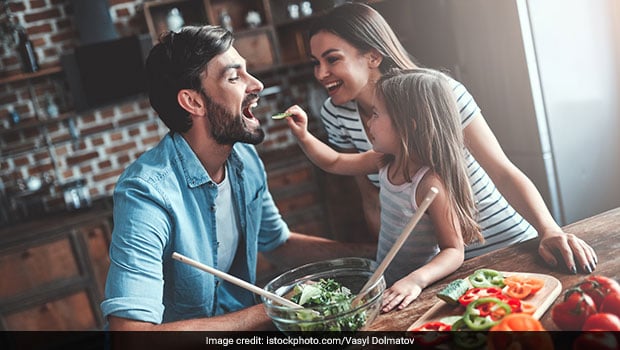 It is a well-known fact that parents play an important role in shaping up a child’s behaviour and habits. But did you know it can also be the other way round, especially in terms of food habits? Yes, you heard it right! A recent study has found that a child’s pester power may help improve the family’s food environment at home. For the unversed, pester power is defined as children’s ability to pressurise the parents into doing some work. It is also referred to as the nag factor.

This new study on children’s influence on the family’s food habit was conducted by a team of researchers from the University of Arkansas for Medical Sciences and Louisiana Tech University. The findings were published by Elsevier in the Journal of Nutrition Education and Behaviour.

For the study, researchers observed multiple classrooms across two states in the southern United States, where the students were delivered a weekly lesson on ‘Together, We Inspire Healthy Eating’ (or WISE) – a curriculum to inspire students to indulge in healthy eating habits.

“The more pester power that parents were exposed to from their children, the greater we saw changes in the desired direction for intake of fruits and vegetables and also supportive parenting practices,” said lead study author Taren Swindle, PhD, Department of Family and Preventive Medicine, College of Medicine, University of Arkansas for Medical Sciences, Little Rock, AR, USA.

“It means that children’s influence on their homes may be an underdeveloped potential target for future interventions,” Swindle added.

As per the researchers, it was a hypothesis-generating study, which has opened up some promising areas of exploration for them.