Harbhajan Singhs Hilarious Meme On Modern Thali Is Too Relatable 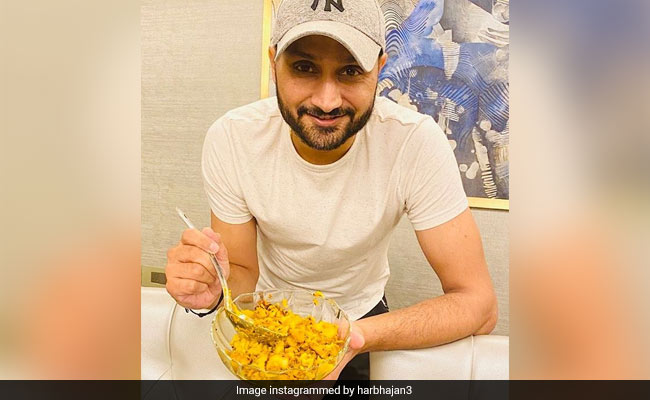 Harbhajan Singh shared an epic meme about the modern thali.

The Indian Thali is one of the primary sources of nutrition in the Indian cuisine. It balances sweet with sour, spicy with salty, and taste with health. A simple Thali usually comprises bread, rice, vegetables, meat and lentils in a variety of forms. There are many regional variations to the Thali too, with new and unique recipes as you go across different states and regions. Ace Indian cricketer Harbhajan Singh took to Twitter to share a hilarious meme which depicted a modern thali. Take a look:

Harbhajan shared the meme on Twitter which showed a classic steel thali with separate compartments for each of its components. There was space for chutney, sabzi, curry, roti, rice as well as a rectangular space for a smartphone too! The picture showed a user eating food in the thali with the right hand, and browsing the phone with his left which is an activity many indulge themselves in.

The funny meme shared by Harbhajan Singh soon garnered 9.2 likes and counting. Several users poured in their reactions to the epic picture which is going viral now on Twitter. Some pointed out that the thali was an appropriate innovation for the smartphone-addicted generation. Other users also noted that the smartphone’s screen featured a meme from the film of renown Tamil actor Ajith Kumar. Take a look at the reactions:

Nowadays phones are so large that one could use them as thali!

Space for phone, but the dahl is in another bowl lol

That space is used for sambar in South India:)

Would you purchase such a thali for your modern meals? What would you watch while eating out of a Thali. Tell us in the comments below!