Karan Johar Bakes Yummy Treat For Kids Yash And Roohi, And Customises It Too! 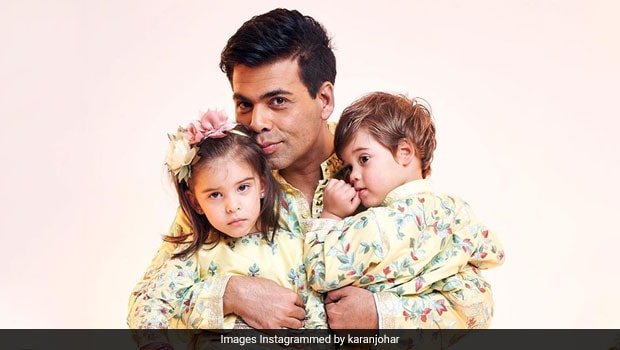 Karan Johar’s delicious cake was made for his children Yash and Roohi.

Filmmaker Karan Johar is spending time with his children during the period of lockdown across the country. The three-year-old twins are quite adorable with quite some naughty antics, as can be seen on Karan Johar’s Instagram profile. He regularly posts cute videos called ‘Toodles’ on his handle featuring his kids and sometimes his mother too. In a recent Instagram story, filmmaker Karan Johar shared the picture of a delicious chocolate cake he baked for the little ones at home. Take a look at his story: 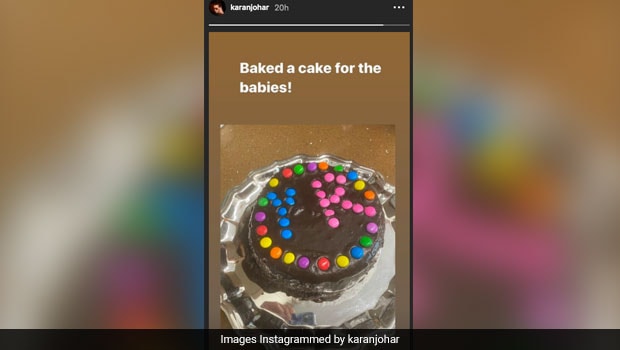 “Baked a cake for the babies,” wrote Karan Johar sharing a picture of the cake on his Instagram stories. The cake looked absolutely delightful with a chocolate interior and a delicious topping too! The doting dad took the decoration of the cake a step further by arranging on the cake’s top some colourful Gems. The candies brought the cake to life. What’s more, he actually arranged the Gems in the shape of a ‘Y’ and an ‘R’, for his kids’ names Yash and Roohi.

Yash and Roohi Johar too leave no stone unturned to tease their father, who they call ‘Dada’. In this recent video that he shared on his Instagram profile, they can be seen poking fun at Karan Johar’s growing belly. They were having their evening tea and they couldn’t stop laughing. Take a look at the hilarious video:

“I have been body shamed!!!! #lockdownwiththejohars #toodles,” wrote Karan Johar in the caption of the post which got several lakh views within hours. Several celebrities such as Vidya Balan and Bhumi Pednekar commented on how cute the two children were. Kareena Kapoor Khan took a dig at Karan Johar, as she hilariously commented, “Gym class today for you Karan Johar!!”

We hope Karan Johar keeps sharing more such interesting incidents with Roohi and Yash Johar, as well as some foodie happenings from his lockdown days!