Kheelon Ke Kebab: Give A Healthy Twist To The Regular Kebab With Murmura 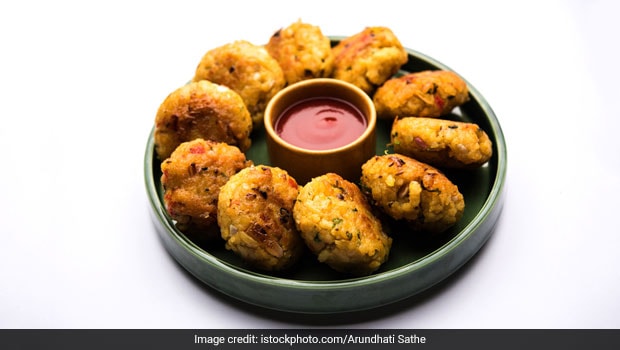 What comes to your mind when we say murmura? One of the most common answers will be spicy and delectable bhelpuri (or jhalmuri) from the roadside chaat stalls! Also called ‘kurmura’ or ‘muri’, it is basically puffed rice, just like puffed (pop) corns, made by heating rice grains under high pressure. It is also considered as a quintessential cereal product of India. From having it as is to preparing laddoos with jaggery, murmura has been popular among the people of this country as a healthy snack to indulge in.

Murmura (or puffed rice) is touted healthy for its low calorie and no fat content. Due to its high glycemic index, this food item is known to get digested easily, making you feel hungry in a very less time. Due to its rice-based source, murmura also makes it to the list of healthy gluten-free food items. It is light on stomach and can be a healthier alternative to multiple quick and fast foods or calorie-loaded snacks, which people resort to during the weird time hunger pangs. Hence, we bring you a healthy murmura-based kebab recipe, which will satiate your snack cravings without any guilt. It is called ‘kheelon ke kebab’ or ‘murmura tikki’.

Unlike various potato-based veg kebab or tikki recipes, this kebab is made with puffed rice as the outer shell and green peas and some spices as filling. To hold the filling in the kebab, murmura is soaked in curd and then turned into a thick batter by mixing salt, green chillies and freshly chopped coriander leaves to it. And for the filling, boiled green peas are crushed and mixed well with spices like cumin, amchoor, green chillies and salt.

Click Here For The Step-By-Step Recipe Of Kheelon Ke Kebab.

Although this recipe has peas as filling for the kebab, you can replace it with any vegetable we want. You can also add some breadcrumbs or sooji to the batter to bind it better and add some crunch.

This kheelon ke kebab can also be served as a quick and light tea-time snack with a ‘kadak’ cup of evening chai.

Try this at home and let us know how you liked it in the comments section below.