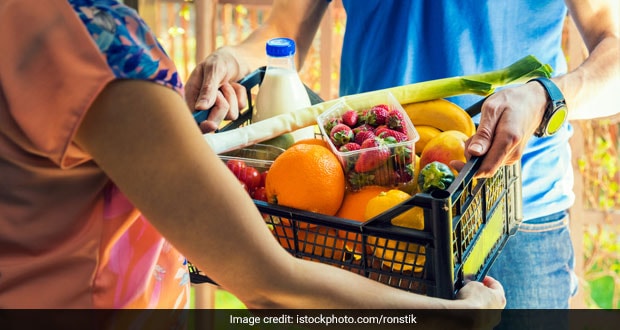 Grocery stores need to see this suggestion by a Reddit user.

Imagine if you could head down to your local grocery store, grab a readymade pack of essential supplies and you’d be through with grocery shopping for an entire week? How convenient it would be! This was exactly the subject of request that a Reddit user came up with in a thread. The user suggested that grocery stores come up with a weekly pack with all the necessary essentials in it. The thread that followed on Reddit soon went viral on the website. Take a look:

The Reddit user suggested that a weekly pack worth USD 50 could be made by grocery stores for an easy shopping experience. “An essential pack would have: a dozen eggs, a half gallon of milk, pack of chicken breast, ground beef, bananas, oranges, assorted veggies, small bag of rice, a pack of cookies, loaf of bread, roll of TP, roll of paper towels. The store can pack a bunch of boxes ahead of time and you can pay ahead of time. You pull up and pop the trunk, they put it in,” read the User’s tweet.

He further added that it would oblivate the need to go in the store and choose specific items. This would come in useful during the lockdown period which makes it vital for people to stay at home and venture out as little as possible. The user further suggested variations to the box for people who are vegan, and even a bigger family pack with more of the same essentials.

Reactions poured in to his interesting idea making the thread go viral. People appreciated his idea, and said that they would try and bring it into action. Some other users said that they knew of stores in the United States who were already practicing this interesting idea in some form or the other. Others critiqued the idea in their own way; asking about the high amounts of losses for the store if one particular item in the essentials pack went rotten and the whole pack would have to be discarded.

What do you think about this idea? Tell us in the comments below!