Renowned Indian Chef Floyd Cardoz Dies In US Due To Coronavirus 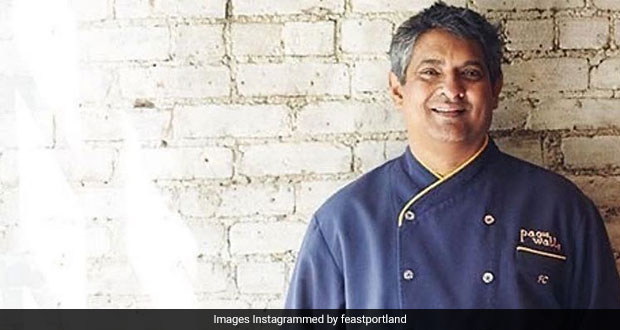 He was regarded in the culinary world for taking Indian food a notch higher in America.

Popular US-based Indian chef Floyd Cardoz succumbed to the deadly Coronavirus at a hospital in the US on Wednesday. Floyd, 59, was the owner of two popular Mumbai-based restaurants – Bombay Canteen and O Pedro. He was tested positive for Coronavirus on March 18.

The Hunger Inc., the company that runs his restaurants in Mumbai and New York, quoted in a statement, “It is with deep sorrow that we inform you of the passing away of Chef Floyd Cardoz (59 years), Co-Founder, Hunger Inc. Hospitality, on 25 March, in New Jersey, USA. He is survived by his mother Beryl, wife Barkha and sons Justin and Peter. Floyd tested positive for Covid 19, in USA, on 18 March and was being treated for the same at Mountainside Medical Centre, New Jersey, USA,”

Floyd himself in an Instagram post wrote about his hospitalisation on March 18. He wrote in the caption, “Sincere apologies everyone. I am sorry for causing undue panic around my earlier post. I was feeling feverish and hence as a precautionary measure, admitted myself into hospital in New York. I was hugely anxious about my state of health and my post was highly irresponsible causing panic in several quarters. I returned to New York on March 8th via Frankfurt.”

Cardoz was immensely regarded in the culinary world for taking Indian food a notch higher in the America right in the 90s with his restaurant- Tabla. He also won the American reality competition Top Chef Masters. Floyd was equally popular among the masses as well as celebrities who dined at his restaurants in Mumbai and New York. Many from the culinary world as well as from the film fraternity mourned his death.

Vir Sanghvi, eminent Indian journalist and food critic, regarded the chef as the one who taught Americans to respect Indian food with his restaurant, Tabla. He also recalled how he took the chef’s interview just about three weeks ago.

Chef Kunal Kapur shared how he has been an inspiration to many. Kapur was also hoping to cook with the legendary chef one day.

It is sad to share that chef floyd Cardozo @floydcardoz is no more. He has been an inspiration to many and I was hoping to cook with him some day.Falling to #covid19 just goes to show that this threat is very real so everyone please take care of yourselves. RIP cheffie. #coronapic.twitter.com/f4eQeMw4E4

Pooja Dhingra, celebrity baker posted a heartfelt message on Instagram along with a snippetrom her chat with the chef.

RIP Chef Floyd Cardoz. There was so much more to come from the hands and heart that gave us Bombay Canteen and O Pedro. And he was just 59 – this just started feeling more real :-(. https://t.co/F5KbylBgwB

Bollywood actor Rishi Kapoor, who spent over an year in New York, fondly cherished the meals he had at Floyd’s restaurant, ‘Paowala’ in New York and others in Mumbai.

RIP. Floyd Cardoz. Will cherish the meal you made for us at your restaurant “Paowala” at Spring Street. NY. And several times at the “Bombay Canteen” (Phoenix Mills) and “O’Pedro”(BKC) all in Mumbai.

Actor Rahul Bose also expressed his shock of his passing away and how wonderful a man he was.

Shocked to hear the passing away of @floydcardoz Apart from enjoying sterling meals at his various restaurants in New York & Bombay, he was a wonderful man – always warm, gracious and funny. Any pandemic always gets more ominous when you know those who have succumbed. RIP Floyd.

Coronavirus has taken thousands of lives across countries with about 600 cases in India. Governments globally, are taking stricter action every day to contain the virus from spreading any further. Here’s hoping the world wins over it soon and we don’t have to lose any more lives to the pandemic.