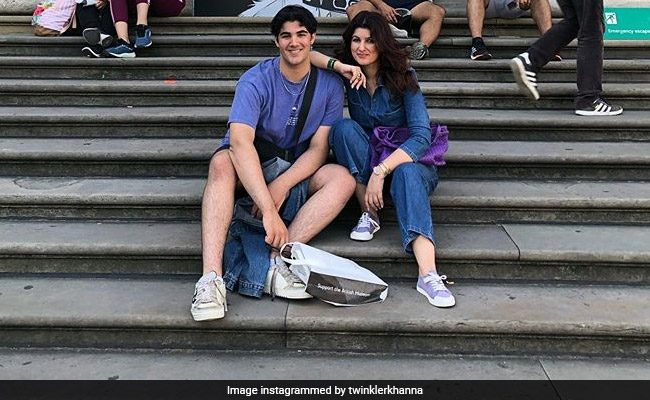 Former Bollywood actress, film producer and author Twinkle Khanna is also an Internet sensation. Each time she takes on the social media, you are either expecting some food for thought or a hilarious dig on things happening around her. Her recent Instagram post is proof. She shared a picture of a freshly-baked chocolate brownie cake with nuts and cherry compote. As it turns out, the cake was baked by her 17 year-old son Aarav.

Twinkle has never shied away from the fact that she seldom likes to put on the apron, however, it looks like her son is doing a fine job at baking and she cannot help but gush about it, albeit in her signature witty style. She wrote in her caption, “When I had a bun in the oven, I did not know I was going to push out a future baker. I produced him and seventeen years later he produced this Chocolate brownie cake with cherry compote. #ProudMomMoment”.

Twinkle’s Instagram feed is filled with food. On Eid, she posted about her childhood special Eid delicacy, a special Khichda that her grandmother would make for the occasion. Few weeks before she also posted a picture of a simple breakfast she put together for her daughter and shared her piece of mind on ‘motherhood’ and responsibilities,