What Makes Kimchi, The Signature Dish Of Korea, So Unique? Study Finds Out 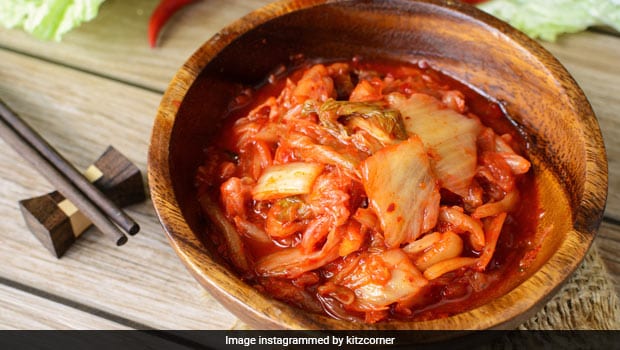 Kimchi is a popular Korean dish.

Lactic acid bacteria produce various metabolites during the fermentation process depending on the ingredients and storage temperature. The metabolites are responsible for producing the unique flavours of the popular kimchi. In fact, controlling and regulating the complicated fermentation processes with microorganisms present in kimchi is still a mystery in the world of science.

“We’ve successfully figured out scientific grounds for the fermentation of kimchi by tracing the origin source of lactic acid bacteria involved in the fermentation. This will surely give us an opportunity to strengthen the status of South Korea as the origin of kimchi,” said WiKim’s Acting Director Dr. Choi, Hak-Jong.