5 Foods & Tips That WHO Recommends To Prevent Iron Deficiency 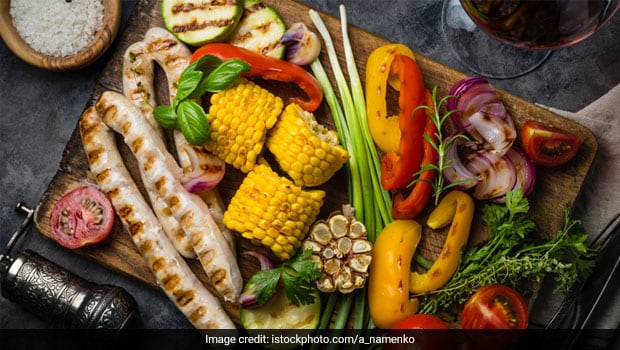 Iron deficiency can be tackled by eating these simple foods.

Iron is a crucial nutrient for the growth and development of the body, and overall well-being too. According to the World Health Organisation (WHO), “Iron is an essential element with important functions such as oxygen transport, DNA synthesis and muscle metabolism.” The presence of Iron in our body is critical, especially during the times when bodies are growing or transforming – for example, in young children and pregnant women. Iron deficiency leads to anaemia, which is a condition found in approximately 33% of non-pregnant women, 40% of pregnant women, and 42% of children worldwide as per the WHO statistics.

One of the Sustainable Development Goals set by the United Nations (UN) to be achieved by the year 2030 is to achieve Zero Hunger. This involves ending all forms of malnutrition across the globe. Further, the goal is working towards achieving some specific targets by the year 2025 as well. “By 2025, the internationally agreed targets on stunting and wasting in children under 5 years of age, and address the nutritional needs of adolescent girls, pregnant and lactating women and older persons,” as stated on the UN’s official website.

Dr. Francesco Branca, Director of the Department of Nutrition and Food Safety at WHO agrees that reducing anaemia is an important step in achieving the United Nation’s goal. “Reducing anemia is one of the components of our efforts to eradicate all forms of malnutrition. However, progress has been limited and we still have 614 million women and 280 million children globally who suffer from it,” Dr. Branca said to WHO.

(Also Read: Why Do Women Need More Iron Than Men?)

The WHO has come up with a number of dietary tips and food recommendations to combat the global problem of iron deficiency. Take a look at the tweet that the health organisation shared:

Iron-deficiency can easily be prevented as per the WHO by simply eating iron-rich foods.

Here Are The 5 Iron-Rich Foods Recommended by WHO:

There are a number of meats which are rich in iron, such as poultry or fish. Salmon and tuna are two specific meats considered to be rich in Iron.

Eggs come naturally packed with a number of essential ingredients including iron, vitamins and proteins. A serving of 100 grams of eggs contains up to 1.2mg of iron in it as per the USDA.

For vegetarians, the most important iron source is lentils. Whether had in the form of a salad or a dal preparation, a single cup of lentils can contain approximately 6.6 milligrams of iron according to the USDA.

Spinach is widely known to be the best source of iron, with 2.7mg of Iron in every 100 grams. There are a number of other leafy greens touted to be iron-rich such as kale.

Apart from being a delicious and satiating snack, nuts and seeds help maintain the iron in the body. 100 grams of mixed nuts which are lightly roasted in oil with salt can contain up to 2.6mg of Iron in them.

Apart from eating these iron-rich foods, there are a few other diet tips and recommendations. Citrus fruits also form an integral part in the prevention of iron-deficiency. According to the WHO, the Vitamin C content in these fruits helps the body with Iron absorption. Further, it is also said that coffee and tea should avoid being had along with the regular meals as they contain elements that may inhibit the absorption of iron into our body. It is best to wait 2 hours post the meal to consume tea or coffee.