5 Street-Style Murmura Snacks For A Light And Healthy Treat 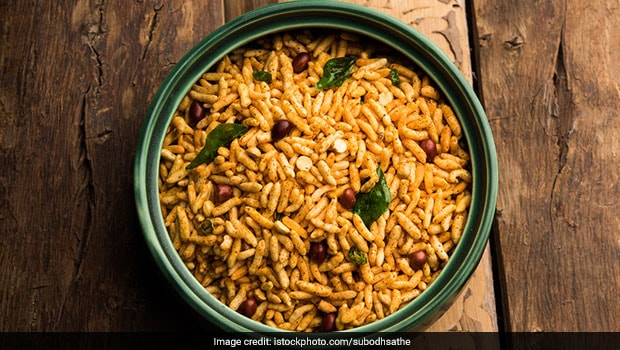 These murmura snacks can be light on the stomach and delicious to taste.

It is often said that humans are creatures of routine. Our bodies follow a systematic Circadian rhythm, which is built over years, out of practice and habit. For instance, we know it’s time to eat meals depending on when we feel the growling noise emanating from the tummy. But what about the hunger pangs that strike in between meals? The urge of mid-meal snacking can be quite real and since our body is not used to it, we may end up eating something unhealthy. Hence, we are on a constant search for something light, healthy and delectable. However, quests for a healthy treat ends here, as we bring you some easy street-style Murmura snacks that you can try and make at home.

Murmura or puffed rice is made by a simple process of soaking rice in water and then dry roasting it in an iron skillet. Readymade packets of this delicious and light snack are also available in the market. Murmura is a crispy, crunchy and airy snack which you can eat endlessly. The best part about these puffed rice snacks is that they are super easy on the stomach and low on calories too. Further, raw murmura can be a field ground for creativity, as a number of snacks can be made with this simple ingredient.

Here Are 5 Street-Style Murmura Snacks For A Light And Healthy Treat:

Mumbai’s all-time favourite, Bhelpuri is one snack which brings out the best of Murmura. Here, puffed rice is paired with chopped onion, tomatoes, cucumber, lemon and peanuts along with spicy and tangy chutneys to give a wholesome snacking experience.

The classic Chivda gets a spin of deliciousness with the addition of peanuts and selective spices. The Murmura Chivda is sure to become your go-to snack once you try it!

Another twist to the Murmura Chivda recipe above, this Chana Murmura combines protein-rich roasted chanas, along with puffed murmuras, to make a hearty and wholesome snack to gorge on. 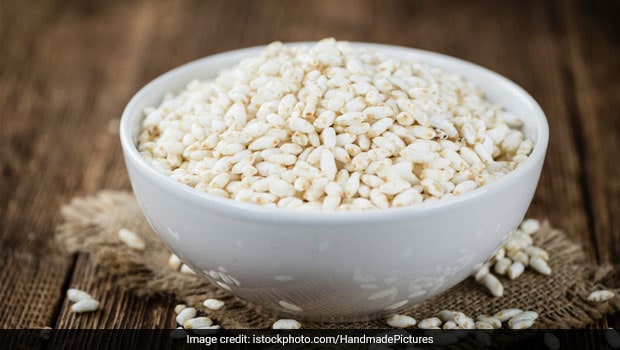 Puffed rice can be used to make chivda or had with chana too.

This list would be incomplete without the mention of the Bengali street-food Jhal Muri. The word ‘Jhal’ means spicy and ‘Muri’ is another name for puffed rice. The flavour of mustard oil as well as the tangy tinge of raw mango makes this savoury recipe a must-try for all.

If you have an insatiable sweet tooth, this Murmura laddoo recipe is for you! Traditionally eaten as a part of the winter fare in many North Indian states, the Murmura laddoo is made with puffed rice and jaggery. Trust us, you won’t be able to stop at just one!

Make these healthy snacks today and binge to your heart’s content, without a tinge of guilt. Do you have some more snack recipes made with Murmura from your region that we may have missed? Tell us in the comments below!