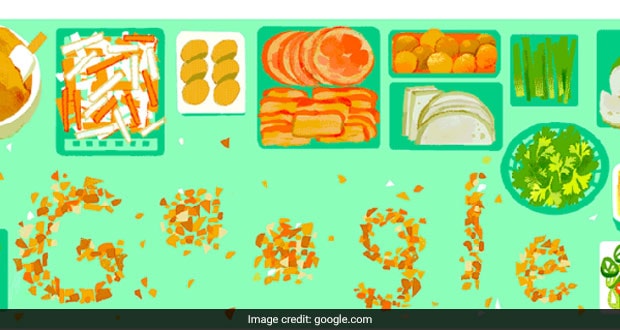 Vietnamese Banh-Mi was the subject of a Google Doodle.

Google doodles are known for their interesting take on historic events that happened all over the world. They also commemorate people who have contributed to a diverse range of fields. But did you know there is a separate category of Google Doodles called ‘Foodles’, which are focused exclusively on food? Yes, they are real and they exist. The food-based Google doodles share interesting anecdotes about popular dishes, and the subject of the latest ‘Foodle’ was a delicious Vietnamese street-style sandwich known as Banh-Mi.

It was on 24th March, 2011, when the Banh-Mi was officially included as a word in the Oxford dictionary, which was the reason behind the celebration of this humble sandwich. The Google doodle showed the making of the Vietnamese sandwich that was later broken down into crumbs, which constituted the word ‘Google’.

Banh-Mi is a sandwich that is basically made of crispy bread filled with meat and veggies, margarine, mayonnaise, chili sauce and peppers. Historically, the Banh-Mi is said to have originated from its French counterpart – the baguette sandwich. It has gained popularity even in countries such as the United States and South Korea.

(Also Read: What Is ‘Pho’ And Why Is It The Perfect Vietnamese Recipe To Beat The Winter Blues) 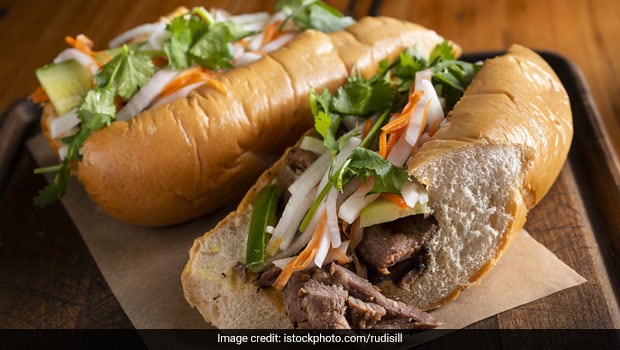 The Banh-Mi sandwich from the streets of Vietnam.

The creator of the doodle, Olivia Huynh, talked about how she was excited to be doing a doodle on food, which she feels is a nice topic that is woven into everyday memories. “We rarely do Doodles for food (Foodles) so I felt very honoured, not only to do one, but to do one for a food that’s beloved by so many people, myself included,” she said in the Doodler Q&A on the Doodles microsite. She also said that she was inspired by the food cart vendors, who dish out the Vietnamese Banh-mi by the dozen every hour. The illustrator said, “Much of the inspiration came from food cart vendors, how fast they can put everything together, and how good every ingredient is individually.”

While the doodle made the sandwich look super interesting and scrumptious to eat, we hope to see a similar Google doodle for Indian food too in the near future!