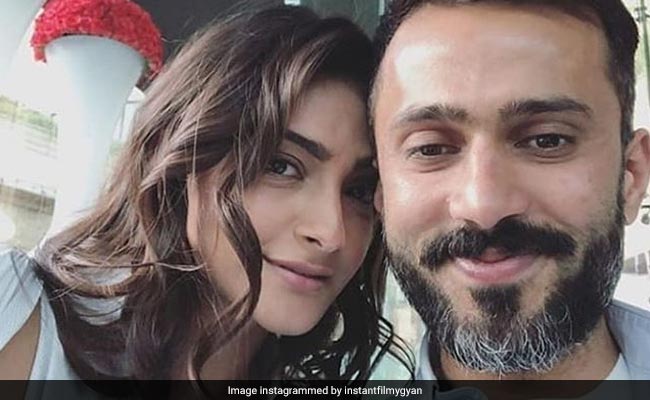 Sonam Kapoor and Anand Ahuja have been giving couple goals since they tied the knot on May 8, 2018. From their big fat Indian wedding in Mumbai to their adorable pictures together during the lockdown, the couple never failed to appease their fans. If you follow the couple on social media, you would know of all the lovely things these two do for each other. Remember how Sonam cooked a couple of delectable meals for Anand during their quarantine in Delhi?

The couple has now flown to London; and after completing the required quarantine period, Sonam is now gearing up to celebrate her husband’s birthday on 30th July 30! As part of the birthday countdown, Sonam started a video series listing (rather guessing) some of his favourite things. And after revealing his favourite sneakers and musicians, Sonam posted an IGTV video last night revealing Anand’s favourite cuisines and foods!

In her caption, she wrote ‘Anand’s Birthday Countdown – Anand’s favourite foods had to be a topic in itself haha. Cannot even begin to explain how much I miss going to restaurants and hogging with you @anandahuja! But this will have to do for now. I’m pretty sure about my answers, so I hope I’m right. Love you! #EverydayPhenomenal #HappyBirthdayAnand #4daystogo #Birthday #BirthdayWeek #Foodie’

With four days to go for his birthday, Sonam listed four of his favourite food preferences. She started with South Indian cuisine, revealing how the couple have had some of their best dates at many south Indian restaurants in Mumbai. The’ Zoya Factor’ actor, then talked about how Anand loves Japanese dishes, including vegetarian sushis and sesame spinach. She further revealed how Anand is obsessed with Marinara pizza, which she doesn’t even consider a pizza since it is only marinara sauce, garlic and chillies and devoid of cheese! Last but not the least, she guessed that Anand loves gorging on Indian food and ‘ghar ka khaana’, whether at home or restaurants.

Anand Ahuja was quick to respond to the video and add to his wife’s guesses with an equally sweet reply. Besides giving the first three spots to ‘ghar ka khaana’, south Indian and marinara pizza, Anand also revealed how he loves Mexican food, which Sonam missed out on!

(Also Read: Sonam Kapoor Got Three Cakes And Lots Of Baked Goodies For Her Marriage Anniversary (See Pics Inside))

Here’s what he said-

With Sonam spinning so much excitement around Anand’s birthday, we simply can’t wait to see what’s she has in store for the D-Day!