All About Rebel Wilsons Incredible Weight Loss Journey, And The Diet She Followed To Achieve It 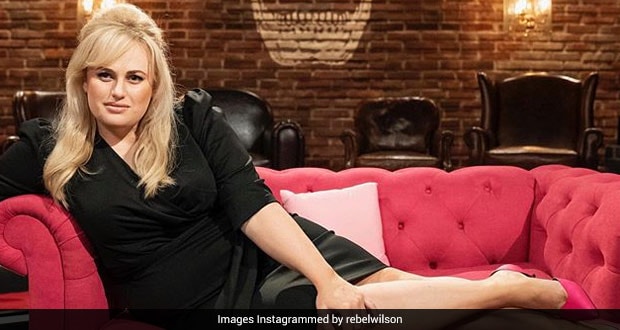 Year 2020 has been a year of many ups and downs. While many people want the year to be banished from their memory, others have taken up this year in their stride to do achieve their goals and make the most of this precious time. Actor and comedian Rebel Wilson is one such person who has decided to make some positive changes in her life this year, including weight loss. She recently took to Instagram to share a picture of herself, with the caption, “The show must go on,” and people praised her for achieving her goal of losing an incredible amount of weight.

The actress has reportedly shed 18kg (40lbs) in less than a year. She had announced her decision to focus on her health in 2020 and making some positive changes in an Instagram post. Rebel Wilson wrote, “For me 2020 is going to be called “The Year of Health” – so I put on the athleisure and went out for a walk, deliberately hydrating on the couch right now and trying to avoid the sugar and junk food which is going to be hard after the holidays I’ve just had but I’m going to do it!”

(Also Read: From Adam Levine to Hugh Jackman, Hollywood Heartthrobs and Their Love for Yoga)

According to People magazine, the Mayr method is the one that Rebel Wilson is following to lose weight. The plan has been derived from the ‘Mayr cure’ which was conceptualised by Dr. F.X. Mayr in early 20th century. As per his findings, he believed that a healthy intestine holds the key to good health. This basic principle then evolved into the Mayr Method which has significant impact on weight loss regimes even today.

As a part of her weight loss program, Rebel Wilson is taking walks, exercising with a personal trainer six days a week and consciously trying to up her protein intake. The Mayr method is known to emphasise on slower chewing of food, eliminate snacking, and reduce gluten and dairy intake. “It’s an approach that eliminates food intolerances, reduces sugar, encourages eating whole foods slowly, boosts the immune system and reduces inflammation,” is what the source close to Rebel Wilson told the publication about the Mayr method.

Thus, the emphasis is on very slow eating and a great emphasis on eating whole, fresh foods such as vegetables and fruits. As per the method, the process of chewing food repeatedly and thoroughly gives the brain time to send signals to the stomach. It is also important to drink 2-3 litres of water during the day between meals to aid the digestive processes.

So should you also adopt the Mayr method in your quest to lose weight? Nutritionist and Macrobiotic health coach Shilpa Arora advises against opting for this diet in the influence of celebrities. She believes there is no quick fix to weight loss, as it should be the side effect of a sensible diet and not the primary focus. We all need our essential nutrients daily and there are a number of things you need to consider before taking up any diet. “Consider your lifestyle, health conditions, geography and remember that sustainability is key. We can all do fads tormenting our body like nobody’s business, but at the end of the day, the body will bear its cost,” advises Arora.

Apart from her diet, Rebel Wilson has always focused on her fitness and workout regime taking every day in her stride. She regularly shares updates from her gruelling sessions that she regularly adheres to in spite of the frustration. “Even if you have to crawl towards your goals, keep going x it will be worth it. Try and give a little bit of effort each day…I know some days are frustrating as hell, you feel like giving up, you get annoyed at the lack of progress…but good things are coming your way,” she wrote in her Instagram post.

We wish Rebel Wilson all the luck for her future endeavours, and may she achieve the goals she set out to in 2020!