Indian Cooking Tips: Ever Tried A Riceless Chicken Biryani? Heres How You Can Make It At Home 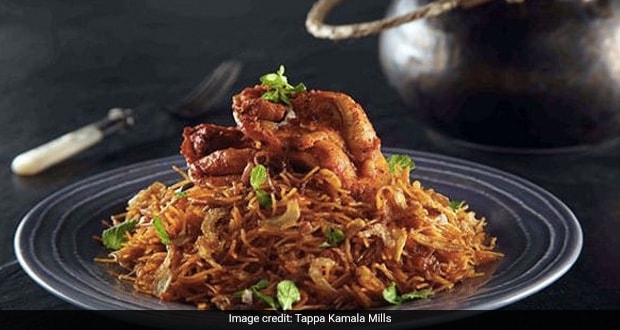 Biryani is undoubtedly one of the most popular dishes around the country and even abroad.

Biryani is one of the most popular foods across the globe now. The rich and aromatic hot pot of rice is a crowd pleaser that you can serve at any dinner party. The sheer room of creativity that biryani has, makes it a popular dish to prepare at home. One can experiment with the choice of vegetables or meats, masalas and even the style of cooking. Biryani is a hearty mix of rice, spices, meat or vegetables that is widely consumed across northern and southern regions of India. But did you know you could make a biryani without rice too?

While rice is a key ingredient in biryani, it is often shunned for not imparting much of health benefits but adding extra fat in the body. But do we have any alternative to rice, especially when it comes to biryani? Of course, we do! Riceless chicken biryani is a delicious dish made with all the spices and herbs use din biryani but with vermicelli instead of rice. Spices such as peppercorns, cinnamon stick, cardamom, star anise and cloves are combined with veggies like tomato, onion and mint leaves, and cooked with dry roasted vermicelli along with chicken.

Vermicelli, a thinner version of noodles, is one of the most common ingredients in India, used extensively in various regional cuisines and therefore is easily available. It is considered to be a healthy option as they are low on fat and sodium. Vermicelli does not have much of a flavour of its own and absorbs the flavours of whatever ingredients it is cooked with, making it a popular ingredient to cook with across the world.

Even though it is hard to imagine a biryani without the classic rice, but a little twist to the recipe cn do wonders for the original dish. This vermicelli chicken biryani would not only add a unique flavour but might also give a healthier alternative to go to when you are craving biryani. It can also be an innovative addition to your dinner party menu at home.

Find the recipe of riceless chicken biryani here, try at home and let us know your experience in the comments section below.