Viral Picture Of KFC French Fries Ordered By A Woman Made Internet Cringe; Heres Why 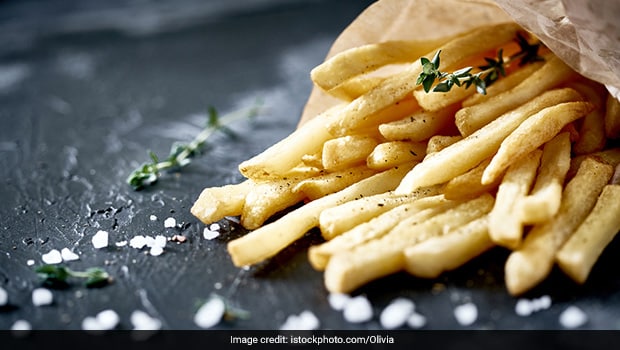 Crispy, salty French fries are everyone’s favourite. You get pretty much the same kind of fries everywhere except this particular time when a woman in Sydney ordered her fries from KFC with extra salt. She posted the picture of the fries with heavy dusting of salt on Facebook, which raised quite a many eyebrows. Salt is the only food that brings flavour to our fries, but in this case, its mere sight prickled the eyes of many by just looking at the picture.

How much salt is too much salt? We never got a definitive answer to this ever-striking question and we settled for the fact that it all comes down to one’s personal taste preference. Brooke Micallef chose to have her fries with extra (well, a bit too-extra we think) salt, which sparked a debate among netizens on how much salt should be added to the fries.

Micallef posted the picture with the caption – “Now when I say extra extra extra salt this wtf I mean!!!!!! I wanna choke on the salt, I want it to look like it’s snowing!!!!”

At the time of writing this story, the post was closing in on 3K likes and 6K shares and a string of comments of divided opinions.

Some users liked the idea of the generous garnishing of salt on fries and comments like “That is exactly the right amount of salt” and “I don’t want them unless there is this much salt,” poured in.

Yet, there were some users who were clearly disgusted, with one of them commenting – “ewwww – might as well eat the salt by itself”. Another user suggested “You better stop going to KFC.”

Then, there were also some people who were just amused with the post going viral, writing “Brooke Micallef massive social media influencer” and “4.8 k shares just for chicken salt”.