Watch: In Love With Kashmiri Cuisine? Try This Restaurant-Style Tomato Paneer At Home 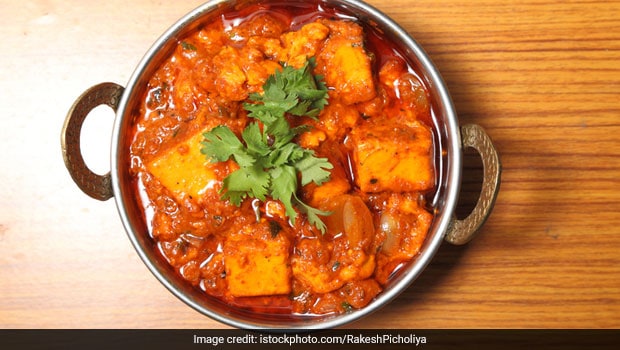 Paneer is one such food item, which is loved by all in almost every part of India, especially in the northern part. Paneer has a very important role to play in the North Indian cuisine. However, the cooking style changes from region to region. Other than its varied culinary usages, paneer or cottage cheese is known to be rich in various nutritional-content. Legend has it, the term ‘paneer’ is derived from Persian word ‘panir’ and the origin has been attributed to Iranian, Afghan and Portugese invaders and settlers. Whatever its origin be, paneer today undoubtedly is an integral part of Indian cuisine.

Some of the most common paneer recipes are- paneer makhni, paneer bhurji, matar paneer and shahi paneer. If you are bored with same common dishes at home, then here we have a delicious solution to the same. We bring you Kashmiri-style tomato paneer, which may increase your love for paneer. Although Kashmiri cuisine is known for the dominance of meat-based dishes, this tomato paneer stands out as a popular dish. It is also called ‘tamatar chaman’. Like several other dish in Kashmiri cuisine, ‘tamatar chaman’ also has the dominance of saunf (fennel) powder and saunth (ginger) powder, which adds distinctive flavour to the dish. Though you can have it with roti or paratha, it is best enjoyed with steamed rice.

Cut the paneer into cubes and deep fry them till turn golden brown.

Then, add some chopped tomatoes and salt to taste.

Let the gravy simmer for 15 minutes, till it all comes together and the oil separates out.

Then, add the fried paneer pieces into the gravy and mix it well so the masala is soaked into the paneer.

It is now ready to be served.