Watch: Top 10 Most Bizarre Pizza Toppings Across The World 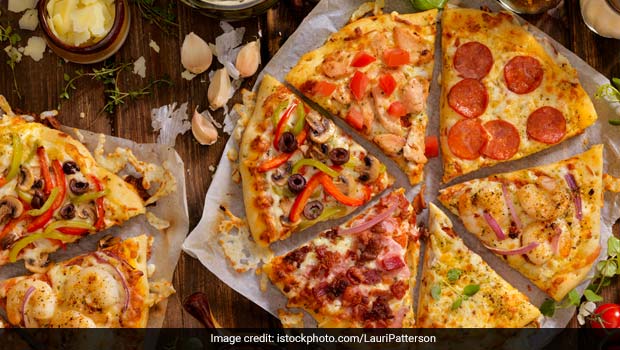 Pizza is a dish adored by all. It has evolved beyond just being an Italian staple to becoming a popular fast-food item all across the globe. There are many regional variations to the pizza, especially when it comes to pizza toppings. We have all heard of bizarre pizza toppings such as pineapple or kiwi, but those are just the tip of the iceberg. There are so many more unique and eccentric pizza toppings across the world which may seem absolutely delicious to the people living on those country, but others may not prefer eating them if they had a choice not to.

For those who have a sweet tooth, consider a trip to South Korea where you may find pizzas made with a cookie dough crust, served with blueberry dipping sauce! If you thought pineapple pizza was unusual, you may have a hard time digesting the Swedish pizza made with banana on top. Pepperoni pizza or chicken pizza is quite a popular fast-food dish, but what would happen if the meat got replaced with tuna or kangaroo meat instead?

Here Are The Top 10 Most Bizarre Pizza Toppings Across The World:

The South Korean pizza has reinvented the dish entirely using various locally sourced ingredients as part of the preparation. Topped with shrimp and sweet potato, and made with a cookie dough crust – these pizza pies are served with a blueberry dipping sauce.

While the French Mayonnaise sauce does have a significant fan-following across the globe, the territory of making it a pizza topping still lies unexplored. The Japanese pizza becomes even more eccentric with further toppings such as sweet corn and potato.

Vegetables and meat are regular fare when we come to think of pizza toppings. This gold-leaf pizza from the United States of America costs a whopping USD 2,000 or INR 1,51,335 at the current exchange rate. It gets its expensive price from the rare ingredients used in its making, including real 24 karat gold leaves on top.

(Also Read: Pizza Tops The List Of Most Addictive Food, Chocolate Takes The Second Spot In This Study)

Green peas are native to the Southern American country, which is why adding it to a pizza was only the natural choice for most Brazilians. But for others it seems like an eccentric vegetable to team the pizza with.

Your love for seafood is seriously about to get tested with the German Canned Tuna pizza topping. Although it’s super healthy and definitely adds a kick of protein to the pizza, the taste may indeed be questionable.

(Also Read: Deepika Padukone Revealed Her Favourite Pizza Topping; Can You Guess What It Is?)

Another pizza riding high on seafood toppings is the Mockba is a special pizza pie from Russia named after the local name for the capital city Moscow. It has up to four different kinds of fish including the Sardines, Tuna, Mackerel and Salmon and is traditionally served cold.

Australian is native to many different varieties of wildlife, the most well-known one being the Kangaroo. Fancy some Kangaroo or Crocodile meat as your pizza topping? The Southern country-continent has you covered.

Pineapple may not have made it to the list, but there’s another one of its fruit counterparts here. The Swedish pizza made with banana, curry and peanut toppings sounds delicious when we think of it as a dessert – not so much as a main course!

(Also Read: A Photo Of Kiwi Pizza Disgusts The Internet And This Bollywood Celebrity Agrees)

Reindeer meat is an acquired taste for most, but for Finnish people it was the natural pizza topping. Smoked Reindeer meat coupled with Chanterelle mushrooms and crisp onions is a popular pizza eaten in Finland. Interestingly, the pizza is known as the Berlusconi after Italian Prime minister Silvio Berlusconi insulted Finnish cuisine.

(Also Read: Know These Exotic Varieties Of Pizza And Order Like A Pro)

Would you try these interesting and unique pizzas? Tell us in the comments below!