Anushka Sharma And Virat Kohlis Cute Banter About Pizza Will Make You Smile!

Anushka Sharma and Virat Kohli are definitely one of the cutest couples on Instagram. The duo regularly shares updates from their life for their fans and followers on their social media handles. The ‘power couple’ recently took to Instagram to share an adorable video, which featured them taking part in a fun quiz. Anushka Sharma and Virat Kohli answered questions about cricket, Bollywood, marriage, and everything in between. 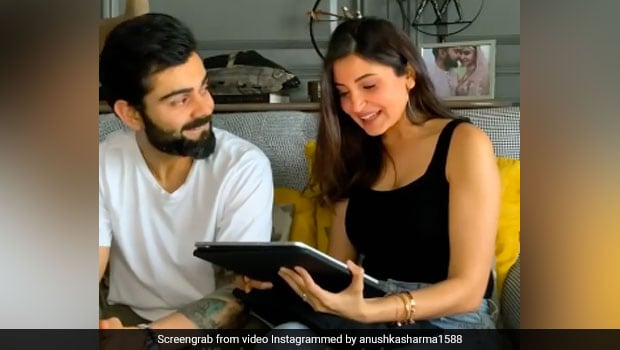 Anushka Sharma and Virat Kohli took a quiz together.

“A three part quiz, lots of laughter and two super competitive people… we were super chill and played by the rules (or not),” wrote Anushka Sharma sharing the video on Instagram. Virat Kohli too had the same video on his handle, with the caption, “Hope you guys enjoy it and figure out who the winner is because I couldn’t!” The video got many thousands of likes, shares and comments from viewers who loved how cute the interaction was.

It is no secret that Virat Kohli and Anushka Sharma are ultimate foodies at heart. They often take to Instagram to share snippets from their food-filled days spent together at home. Anushka Sharma recently held an Instagram Ask-Me-Anything session in which she revealed some of her innermost foodie preferences and all about turning vegetarian in 2015. But who is the bigger foodie among the two – Anushka Sharma or Virat Kohli? The answer to this question was clear from the quiz video that they shared on Instagram. 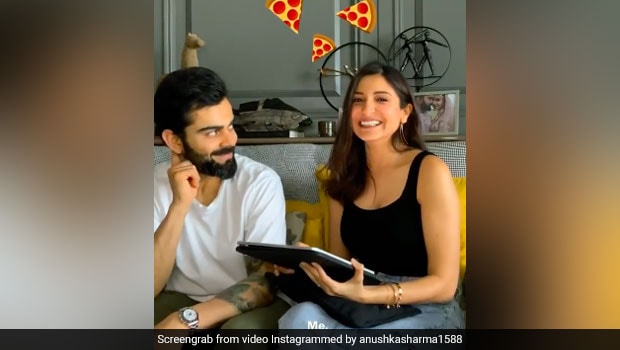 Anushka Sharma and Virat Kohli are known to be big foodies.

In the video, the third round involved Anushka Sharma and Virat Kohli answering questions about each other and choose which one of them would do a certain thing. One of the questions in the quiz round was, “Who is more likely to eat pizza in the next 24 hours?” Virat Kohli was quick to reply, “You,” and Anushka Sharma agreed, “Me!” The duo burst into laughter on hearing each other’s responses.

So, all the ‘Virushka’ fans out there now know who the bigger foodie is – Anushka Sharma since she is the one more likely to eat a pizza soon! We wish the power couple all the very best for their future endeavours and may they both treat us to such interesting insights into their relationship.

Take a look at the video wherein they spilled all their secrets: