Boat Or Cheesecake? Netizens Divided Over What You See First In Illusory Pic 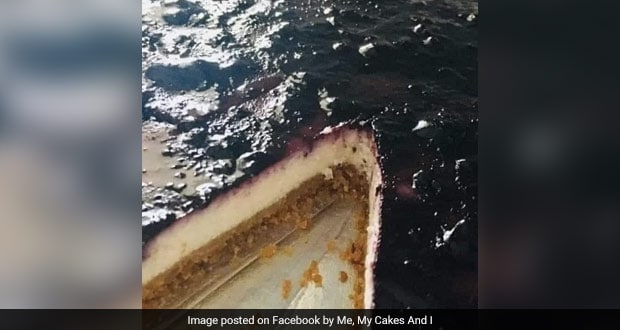 Netizens are divided over this picture and whether it is a cheesecake or boat.

We have often heard the theory that what we spot first in a picture gives us an insight into our innermost priorities. The thing that we see at first glance is what is important to us as an individual, or so it is said. This theory was put to the test for netizens in an illusory picture that recently surfaced on a Facebook page. The illusory picture showed an interesting capture of a cheesecake on a blue board, which seemed to look like structure of a ship sailing in the sea at first glance. Take a look a the picture:

The post on the Facebook page ‘Me, My Cakes And I’ asked its followers whether they saw a boat or a cheesecake. Users were fooled by the picture, as they assumed it was a boat in the first go but a closer look revealed that it was actually a cheesecake. People commented saying, “Wow! Boat for sure, took me a minute to see the cheesecake!”

“Most delicious looking boat ever,” said one user while another one agreed, “Seen a boat first then cheesecake.” Another Facebook user, however, had a different take as she saw a cheesecake first without any doubt. She commented on the post, “Absolutely cheesecake!! Ain’t no boat. That’s my slice.”

The picture was also shared by an Instagram handle @travelquotes with the caption, “You wanna travel so bad you didn’t notice this was a cake.” The urge to travel perfectly encapsulated in the post resonated with many netizens. Take a look at the post:

What did you see first – boat or cheesecake? Tell us in the comments!