Cooking Tips: How To Make Arrabbiata Sauce At Home (Recipe Inside) 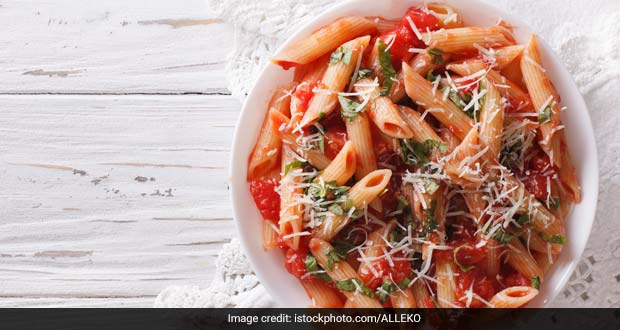 Let’s admit it – a good bowl of pasta always holds a special place in our heart. We not only order in, but also try our hands on preparing various versions of pastas at home. One such popular version is arrabbiata pasta, or as we commonly call it red sauce pasta. If you notice, it is one of the most popular pastas in any Italian food joint you visit. ‘Arrabbiata’ in Italian literally means angry. It is said that the name pasta arrabbiata refers to the spiciness of the chilli used in the sauce (here angry refers to spicy).

The spicy red sauce is traditionally made with tomatoes, garlics, chillis and olive oil. The recipe of the sauce is very simple and can be prepared in a jiffy. All you need to do is prepare the sauce and mix with pasta to get restaurant-style red sauce pasta at home.

How To Make Arrabiata Sauce:

Blanch the tomatoes. (Put the tomatoes in boiling water for 10 seconds and then transfer to cold water to retain the colour).

De-skin and deseed the tomatoes and chop them in small cubes.

Heat olive oil in a pan.

Put the chopped garlics in it and stir till they turn golden brown in colour.

Put the chilli flakes and give a gentle stir.

Now put the tomatoes, some salt and cook the sauce on medium flame.

When you get the desired consistency, add some freshly chopped parsley. You can also add some lemon zest for a citric-flavour (optional).

And the arrabiata sauce is ready in less than 15 minutes.

How To Make Pasta Arrabbiata:

All you need to do is, boil 1.5 cup of pasta  with some olive oil and salt. Usually arrabbiata sauce is served with penne pasta. But you can use any type of pasta instead.

Strain and mix the pasta well with the sauce.

Garnish with some grated cheese (preferably parmesan) and chopped parsley and serve hot.

You can also add some boiled shredded chicken or salami (cut into small pieces) or chopped mushrooms to the dish.

So if you are craving for red sauce pasta, instead of ordering in, prepare it at home with this simple recipe. Bon appetit!