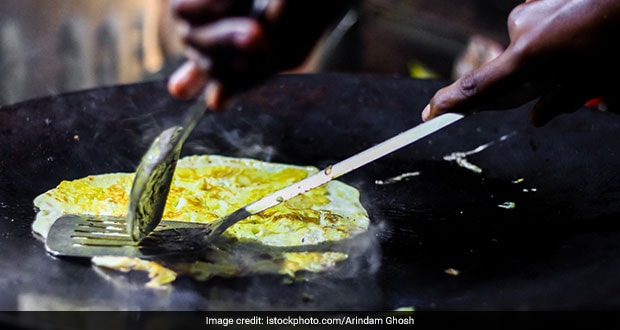 Indian cuisine is well acclaimed on the global platform due to its richness and diversity. Our cuisine contributes to shaping the tradition, culture and history of the country. But no discussion on Indian cuisine is ever complete without a special mention to its street foods. Street foods make an integral part of Indian cuisine; every part of the country has its own share of lip-smacking street foods. From aloo tikkis of the North to Mangalore buns of the South – the list of street-style delicacies is long, with innumerable recipes! Every state has at least one special dish to offer.

While exploring the street foods of India, you will find one food item which has proudly made to the list of street-style dishes nation-wide and that’s the highly nutritious eggs. Whichever state you visit, you will find at least one popular egg-based street food there!

Hence, we bring you a list of egg-based street foods from different parts of India that you must try at least once. Take a stroll in the lanes of India with us to find some tantalising street-style dishes!

Here’s A List Of 7 Egg-Based Street Foods Of India:

Boiled egg is one of the easiest and most common versions of egg-based recipes. But have you tried the boiled eggs the ‘thelawalas’ offer? With addition of spicy chaat masala, chutney, lime juice, onion, green chilli, coriander and more to the simple boiled eggs, the food becomes a treat to our palate. These spicy boiled eggs are available in almost every state and can be termed as one of the healthiest forms of street food.

Another dish that’s easily available nation-wide is a bread omelette. This might sound ordinary, but the shops by the street turn this simple food into a super delicious delicacy (may be with their special technique!). If you every stop by any such shop, do try the cheesy bread omelette too. The cheese, egg, spices, along with the bread makes it worth spending for!

The famous egg rolls of Kolkata need no separate introduction. The crispy paratha with egg, onion and various sauces defines the street food culture of Bengal. Due to its immense popularity, you can find egg roll in almost every part of India; however, the combination of sauces may vary place to place – while Bengalis use kasundi (Bengali mustard sauce), people in the northern part of India likes it with mayonnaise.

A trip to the capital of the country can’t be complete without indulging in crispy, oily egg paratha. Found in almost every corner of the city, egg paratha is a popular choice among people in Delhi. Unlike egg, in this recipe, whisked egg, onion, green chilli, coriander and spices are poured tactfully in between the two layers of a paratha.

Click here to know how to make egg paratha at home.

Pav defines the food culture of Mumbai. From vada to onion bhaji, the Mumbaikars eat almost everything sandwiched between slited and butter toasted pav. How can they give enjoying spicy masala omelette with pav a miss?! Masala omelette pav is a very popular go-to snack for the people of the city.

The desi-style Chinese food plays an important role in the list of Indian street food. Anywhere you go, a street-cart/van selling spicy Chinese noodles is one of the most common things you will find. And one of the hot selling dishes in those joints is egg chowmein. Loaded with veggies, sauces, fried eggs and spices, a hot plate of egg chowmein can successfully melt your heart and satiate your cravings!

Also Read: 5 Ideas To Spruce Up Your Favourite Instant Noodles

This is the variation people opt as an alternative to egg fried rice (and vice-versa). If you are a fan of spicy, oily food, then this street-style fried rice can make you forget the ones offered at any fine dine restaurant!

If you have not tried these street foods, then you must go for it as soon as possible! Do not forget to let us know about your favourite street-style egg dish in the comment section below.