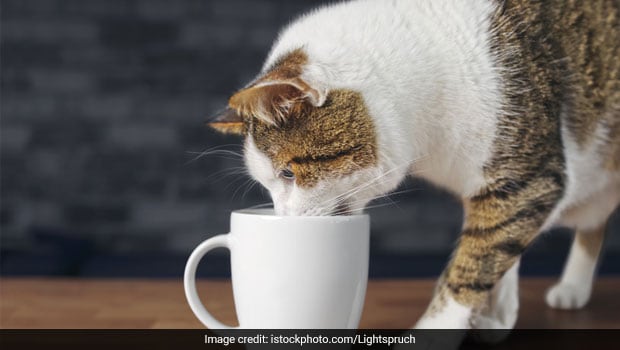 A cat found the smell of coffee quite unappealing.

The delicious smell of coffee is often found wafting from cafes or baristas, luring customers to come inside and sip on the brew. The enticing aroma seems like paradise to the caffeine addicts who can’t do a single day without their favourite cup of Joe. But do our pet dogs and cats love the delightful coffee smell as much as we humans do? A recent video that went viral on Reddit shows that this may not be the case. Take a look:

He ‘buries’ coffee because he doesn’t like the smell. from r/cats

The docile cat found the pungent smell of coffee quite unappealing and immediately tried to dig a hole in the table to bury it. He came back to recheck if the odour was still emanating from the cup, and when he found out it was still there, he started digging even more furiously.

Although we can only guess what coffee problem the cat was trying to solve – many users suggested possible explanations on Reddit where the video was shared. Several thousand reactions poured into the video, wherein fellow cat owners explained, “There’s a chemical in coffee that’s also present in the litter so the cat might be smelling that.” Another poured in his insight, “Coffee that’s more than an hour old smells exactly like cat litter to me.”

What do you think the cat was trying to do? Tell us what you think in the comments below!