Worlds Best Cheese Comes From A 100-Year-Old Creamery: Watch How It Is Made 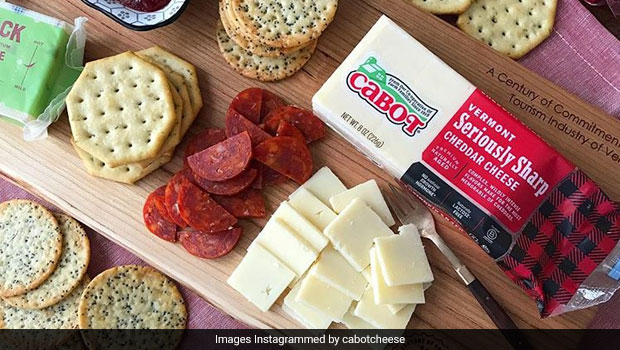 Cabot Vermont Extra Sharp Cheddar Cheese grabbed the no. 1 spot in the 2019 US Championship Cheese Content, while their ‘Mild’ and ‘Medium’ variants were the winners of 2019 World Championship Cheese Contest. So, where does this world’s best cheese come from? Hundred-year-old Cabot Creamery Cooperative in Vermont is credited for giving us the tastiest cheddar cheese that we can use in so many ways, not just for pizza and pasta.

Story Of Cabot Cheese: How It Began

In 1919, 94 farmers in Vermont formed the Cabot cooperative to expand and market their dairy products, and in no time started seeing 100 percent profits on their sales. Cabot Creamery now makes 130 million pounds of cheddar cheese each year that ends up on shelves of numerous stores all across the U.S. and the globe.

Currently, more than 800 family farms across New England are working with Cabot Creamery to produce milk to be used in their signature Vermont cheese. Cows are fed well, loved and cared for in all these farms. After milking from the cows, the milk is stored in large tanks, which are transported in special trucks to reach the Cabot factory.

In the factory, the milk is used to churn out cheddar cheese, butter, cottage cheese, sour cream, and yogurt. As much as 10 gallons of milk is used to make 1 pound of cheese.

Milk is first pasteurised, treated with bacteria culture and special enzymes, and then left to curdle. Whey is added to cheese liquid and salt is added before draining out excess water. Herbs or peppers are added to make various flavours and the cheese curd is further squeezed to make cheese blocks that are left in temperature-controlled storage rooms for the cheese to mature.